by Stephen Parsons | May 4, 2019 | Financing and Investment, Tools and Equipment, Woodworking | 0 comments 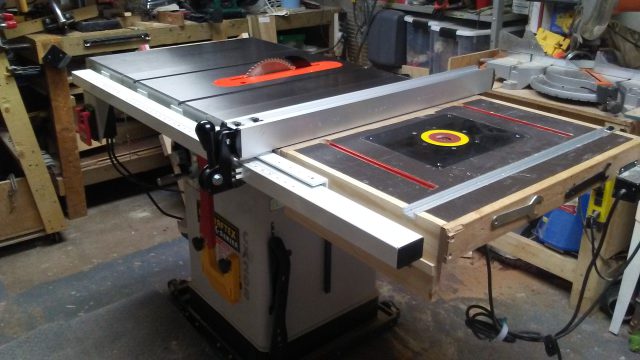 I have, lately, been reading Yuval Noah Harari’s “Sapiens – a Brief History of Mankind” – a fascinating story about our evolution from simple and unspectacular members of the ape family to become the most powerful, dangerous, and innovative creatures on the planet. Imagining Harari’s description of Neanderthals and early sapiens who made tools (and weapons) with wood and stone, I can’t help but wonder if after making that first stone spear or cutting instrument, that early human might have next thought “maybe I can make a jig for that”? Or “Where can I find a new sharpening device for that”?

I am not alone in this thinking, Interviewing the new Chair of our local woodworker’s association, I was reminded of this theme when I asked how he came into woodworking. He told me his story about how his wife went to a wine convention and while she was away he decided to build a small wine box for her. He bought a few tools, built the box, and both of them were pleased with the result. So, he began to imagine other projects and bought more tools, and so on… and the workshop tool collection has continued to evolve ever since. I suspect that many woodworkers can tell a similar story.

Just before Christmas, we were able to purchase a new cabinet table saw to replace our aging contractor-grade unit, a piece of equipment that had gotten us as far as it could but reaching its limits of utility. It was a significant investment for a small firm like ours but the thought was that we would not have to make such an investment for a very long time – maybe never again. What we hadn’t counted on, perhaps, were the other supporting investments that this one might require. For example, because the format of the saw top was very different than the previous unit, nearly every related jig and appliance we owned was now useless. So, time, money and material gets invested in building a whole new collection of tools to support the one I just bought.

Now I am not complaining about building jigs – as you will know if you have ever read my four-part series on the Joy of Jigs. Anyway, it was great to be able to take my cross-cut sled to the next level. But it doesn’t end there. Having a new powerful saw means a new dust collection solution, a few new blades, maybe a new dado set – and let’s not forget a new built-in router insert (since the old one won’t fit the extension wing) and, oh yes, I can finally get one of those nice adjustable clamping units that fit right over that new fence. And, by the way, since adding the new table means I now have almost all I need to do another kind of project I’ve been considering, I might as well just fill in that gap, too by buying the remaining things to finish up.

Thankfully, some of the existing jigs and tools could simply be re-configured like my favourite box-joint jig (aka The Beast) that really only needed to have the miter slider moved by about an inch to fit where the slot is located in the new saw. I’ve no doubt, however, that in the coming months I will find even more absolutely invaluable complementary devices and supports to acquire that will ultimately eclipse and surpass the initial investment in the saw. It’s just one of those unwritten “laws” of shop evolution (tools beget tools) – and just maybe, a primitive instinct – for woodworkers everywhere.